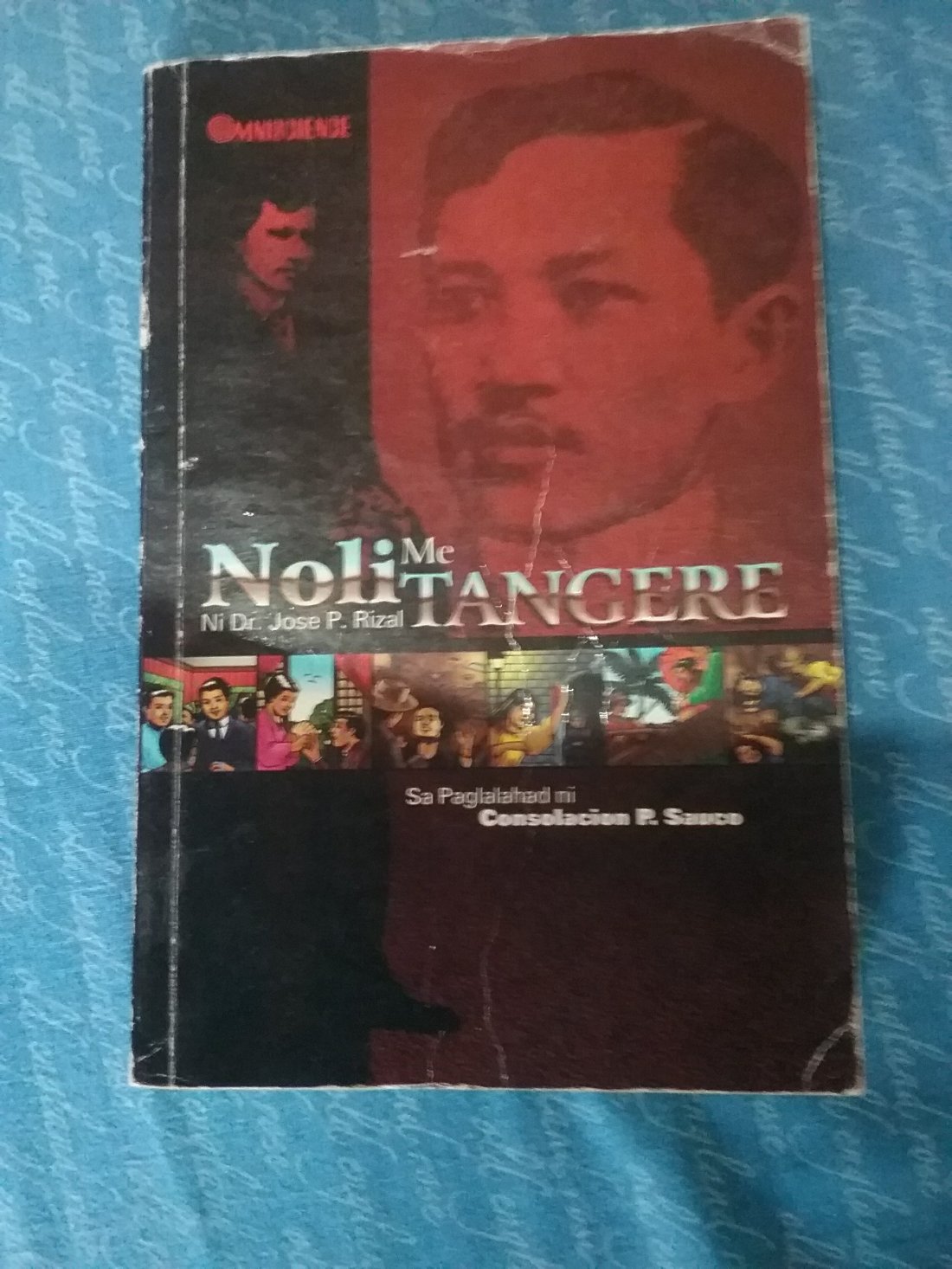 I find it a great way to practice malalim na Tagalog.

While reading chapter 11, I came across a character named Pilosopo Tasyo. He was known as Don Atanasio by the taong may pinag-aralan or as Tasyo by the mga walang pinag-aralan. He is described as a man who was madalas makitang palibut-libot sa mga lansangab nang walang tiyak na pakitunguhan (like most reasonings of philosophers for that matter).

Anyway, on page 85 of the Tagalog version of the Noli, said pilosopo says something quite interesting and telling about one of the core beliefs of the mainstream religion of the Philippines, the “Purgatory”: hindi man lamang daw nabanggit ni Hesukristo at ni Moises ang Purgatorio. Wala raw sa Bibliya at sa Santong Ebanghelio ang Purgatorio .

The religion that the Spanish passed on to the Filipino was already the result of layers upon layers of tradition built on top of the original nugget of Christianity and Filipinos mixed it even further with some of the traditions of their mga ninuno.

As the Culture Shock Philippines book by Alfredo and Grace Roces says on page 208, “Lenten rites have also been adopted in non-Christian folk rituals, borrowing the exotic features of the elaborate Spanish Catholic ceremonies to perpetuate occult beliefs”.

On page 209 it adds: “as Lenten rites demonstrate, folk Catholicism among Filipinos….reveals….a deep persistence of pre-Christian values and the ability to selectively borrow outward motifs of Christian beliefs for their own sets of beliefs and values”.

So, some of the doctrines of Christianity, like the Purgatoryo for example, are not directly taught in the Bible, as Pilosopo Tasyo said, and Filipinos have stack even more tradition on top of that.

Anyway, on a lighter note, although here in Italy summer has refused to show up during the months of May and June, we are experiencing some impyerno at the beginning of July.

The weather abruptly changed from winter to extremely hot summer without any meteorological purgatoryo.

And when the weather is like impyerno the asawang babae becomes mainit ang ulo.

How do I cope with it?

In addition to the air conditioning unit we already have, we’ve bought ourselves a portable one.

What about you? Are you experiencing impyerno this summer?

An even more profound question would be: if, as Pilosopo Tasyo said, Purgatoryo is a tradition that is not grounded in the original teachings of Christianity, what about Impyerno?

We can’t even cope with hot weather so how would a loving God punish some people forever in the Impyerno?

My name is Eduardo Maresca and I am married to a Filipina. I speak Tagalog and I've acquired a great deal of experience with Filipinos and the Filipino culture and mentality that I am happy to share through this blog View all posts by Eduardo Maresca